North Texas and Dallas Remembrance of The Holocaust 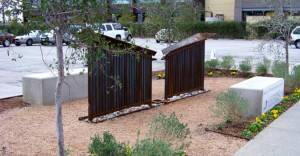 Established in 1984, the Dallas Holocaust Museum & Center for Education and Tolerance is dedicated to teaching the history of the Holocaust, and advancing human rights to combat prejudice, hatred and indifference. Located in the downtown Dallas’ historic West End, the museum is one of just a few Holocaust-related museums or centers in the United States, and the only Holocaust museum serving North Central Texas, as well as the adjacent states of Oklahoma, Arkansas and Louisiana.

Services, programs, and exhibits are year-round, with audio and visual guides that spotlight key events during the Holocaust, and Holocaust Survivors’ testimonies shared with thousands of museum visitors and school groups each year. A few programs and services that the Dallas Holocaust Museum includes:

Events In The West End For Holocaust Remembrance

On Sunday, January 29th, The Dallas Holocaust Museum & Center for Education and Tolerance is hosting a free, open to the public event moment of silence for those who were killed during the Holocaust.

Actor and activist George Take will be participating in the first Upstander Speaker Series of 2017, in conjunction with the SMU Human Rights Program, on February 2nd.

For those who are new to visit the West End district, or come to downtown Dallas and want to know what it offers, several other exhibits and attractions are located within walking distance from The Dallas Holocaust Museum & Center for Education and Tolerance. 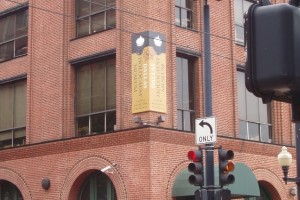 Since 1984, the Dallas Holocaust Museum & Center for Education and Tolerance has stated

“We are dedicated to teaching the history of the Holocaust and advancing human rights to combat prejudice, hatred and indifference.”

The historic West End district in downtown Dallas is honored to have such an place that is dedicated on the education of visitors from around the world. Whether you are in town as a visitor, or a Dallas resident who has never experienced the museum, a trip to the Holocaust museum and center is around the corner from great dining, shopping, and other attractions.