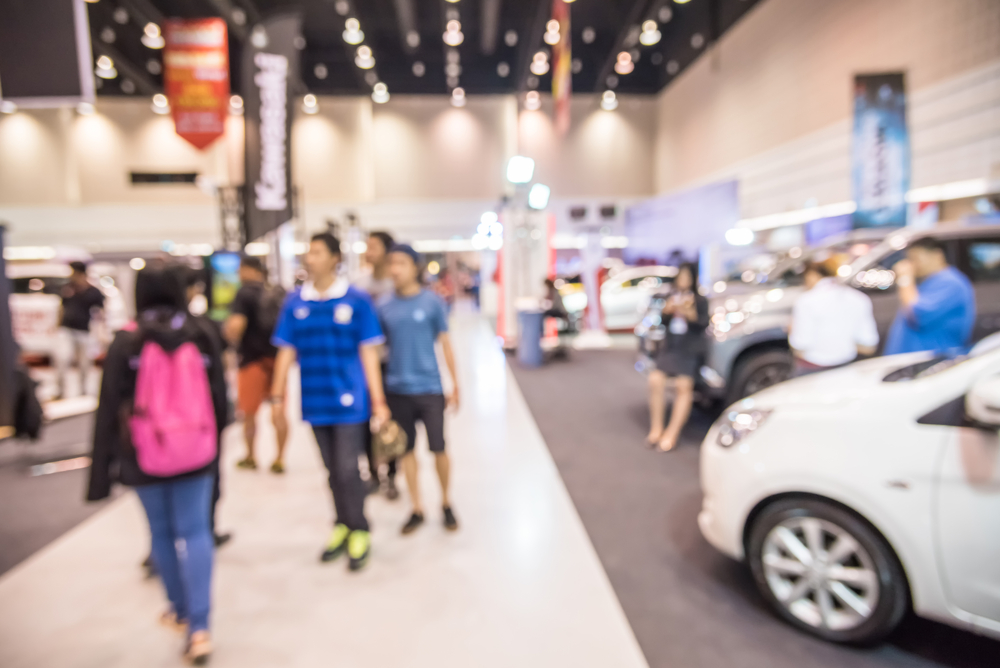 Car lovers rejoice! The DFW Auto Show, one of the most anticipated yearly events in the metroplex, is just around the corner. The show provides the ultimate auto show experience, providing consumers with the chance to explore and compare styling and pricing of every major line make – more than half a million square feet of new cars, trucks, and SUVs – within just a few hours. Whether you’re shopping for a new car, a vehicle enthusiast, or just looking for fun things to do in Dallas, the DFW Auto Show at the Kay Bailey Hutchinson Convention Center in Downtown Dallas is the place to be March 16 – 20th.

About This Year’s Show

The DFW Auto Show is an annual event that began in 1982. More than 3 decades later, the event is one of the largest events in Dallas every year, attracting thousands of people from all over the Metroplex as well as visitors from out of town. This year’s show is a 5 day event, featuring hundreds of new and exciting cars, including the 2017 Acura NSX, 2017 Jaguar F-Pace, 2017 Alfa Romeo Quadrifgolio, 2017 Mazda CX-9, 2016 Pagani Huayara, 2016 Chevy Malibu, Rezvani Beast X, and 2017 Infiniti QX30.

Tickets this year are $12 for adults and $5 for seniors and children ages 5 – 12. Kids under 5 are admitted free! The general admission ticket is an all-day pass to the exhibit, including Ride & Drive, during which visitors have the opportunity to test drive some of their favorite cars, trucks, and SUVs from a variety of manufacturers. The DFW Auto Show also includes a special Kids’ Zone, featuring a 24-foot dual slide, monster truck bounce house, adrenaline rush obstacle course, Grand Prix, and Art Center Station.

For those especially into cars, the DFW Auto Show offers a special VIP Experience. For just $25 per ticket, VIP guests can enjoy early entry to the show on Saturday March 19th, a guided tour, photos behind the wheel of a featured high-end vehicle, an indoor test drive on the RAM Ride & Drive course, a DFW Auto Show Swag Bag including goodies from vendors, and a VIP Badge and lanyard. VIP Experience tickets are limited to 50 people.

How Can I Get to the DFW Auto Show?

The Kay Bailey Hutchinson Convention Center is located in Downtown Dallas, conveniently situated near the intersection of R.L. Thornton Freeway (I-30) and Stemmons Freeway (I-35E). While there is plenty of parking available at the Convention Center, riding the DART Rail to the event is the best way to avoid the hassle, crowds, and cost of parking. The Red and Blue lines will take you right to the Convention Center station, located just outside of the event entrance. The DART Rail also gives you the opportunity to explore other parts of Downtown Dallas before and after the show.

Stop by the Dallas West End

Make the most out of your stay while you’re in town for the DFW Auto Show. Stop by Ellen’s Southern Kitchen before the show for a wholesome southern-style breakfast that will stick to your ribs all day. Catch a quick tour of one of our many museums and attractions, including Dealey Plaza, the Sixth Floor Museum, Perot Museum, and Dallas World Aquarium. Come on in to Y.O. Ranch Steakhouse for a Texas-style wild game dinner or enjoy a cold one on Gators’ rooftop patio. If you’re attending the show with a special someone, end the night with a stroll on our historic streets or a romantic horse-drawn carriage ride.

For those visiting from out of town for the weekend, stay at one of the West End’s Downtown Dallas hotels and enjoy easy access to the DFW Auto Show as well as the wide variety of activities available in our district. You’ll never run out of things to do in Downtown Dallas.

Attending the 2016 DFW Auto Show? Come by the West End for a warm, historic, Dallas-style welcome.