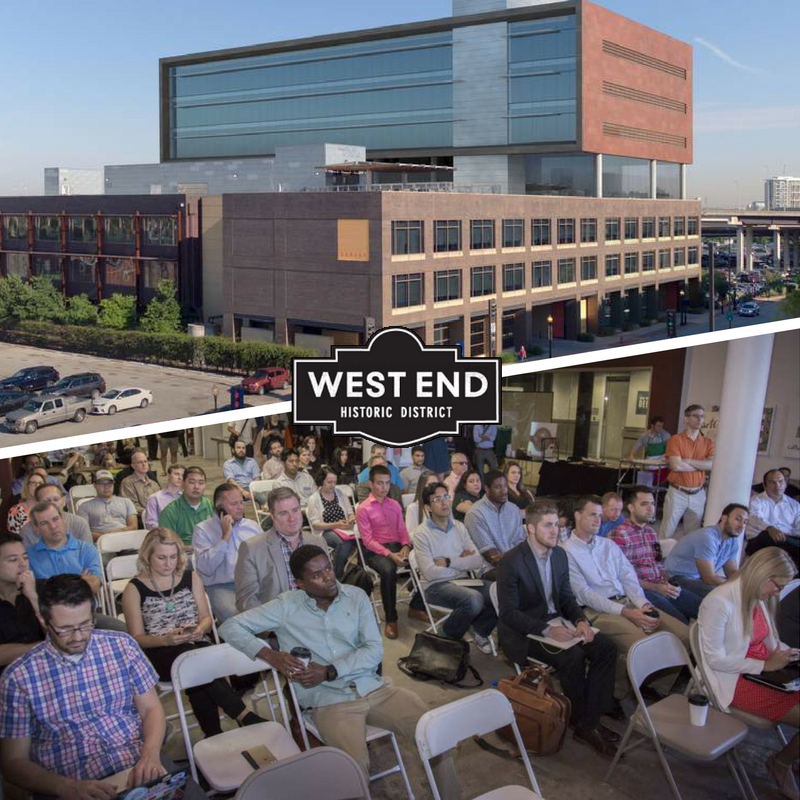 The Dallas West End just got a whole lot bigger! Earlier this week, two big businesses – one that got their start in the West End the other a thriving business – announced expansions that will bring more space and offices to our thriving downtown Dallas neighborhood.

Dallas Entrepreneurship Center, which actually originated in the historic West End, announced plans to expand their current offices and the opening of a new location in Denton.

DEC first opened in 2013 at the corner of Ross Avenue and Market Street. Hailed as a startup for Dallas-area entrepreneurs, the center doubles as a gathering and event space designed to start, build, and grow companies, as well as to ensure that Dallas is consistently recognized as a leading city for entrepreneurs.

A few programs that DEC offers for aspiring entrepreneurs in the Historic West End District are:

The DEC in Denton opened up on August 1st, with the goal to expand and grow entrepreneurs, businesses, and creative leaders for major corporations in the city of Denton.

North Texas-based architect company Corgan announced this week that are growing their presence in downtown Dallas. This comes after a series of successful local business endeavors, such as the recent opening of the State Farm Insurance campus in Richardson.

Corgan consistently ranks as one of the top 10 architect and design firms in the US and has been centrally located in Dallas since its beginning in 1938.

The timeline for the company’s development is to begin with the construction of their existing 3-story building off Houston Street, which will include more office space and a parking garage. Construction is set to begin this fall, with offices scheduled for a mid-2018 opening.

Plans show Corgan is looking to add on an 8-story addition to the west side of the building, currently used as a parking lot. The extension will also allow Corgan to consolidate existing offices already located in the Dallas West End.

With the extension of DEC into Denton and the expansion of Corgan, the West End district proves time and time again that Downtown Dallas is a flourishing, bustling neighborhood for young start-ups and companies who are looking to revitalize and grow. The West End Association is proud of the growth of our district and the organizations within it, and looks forward to the arrival of many more companies to allow our city to continue to thrive!